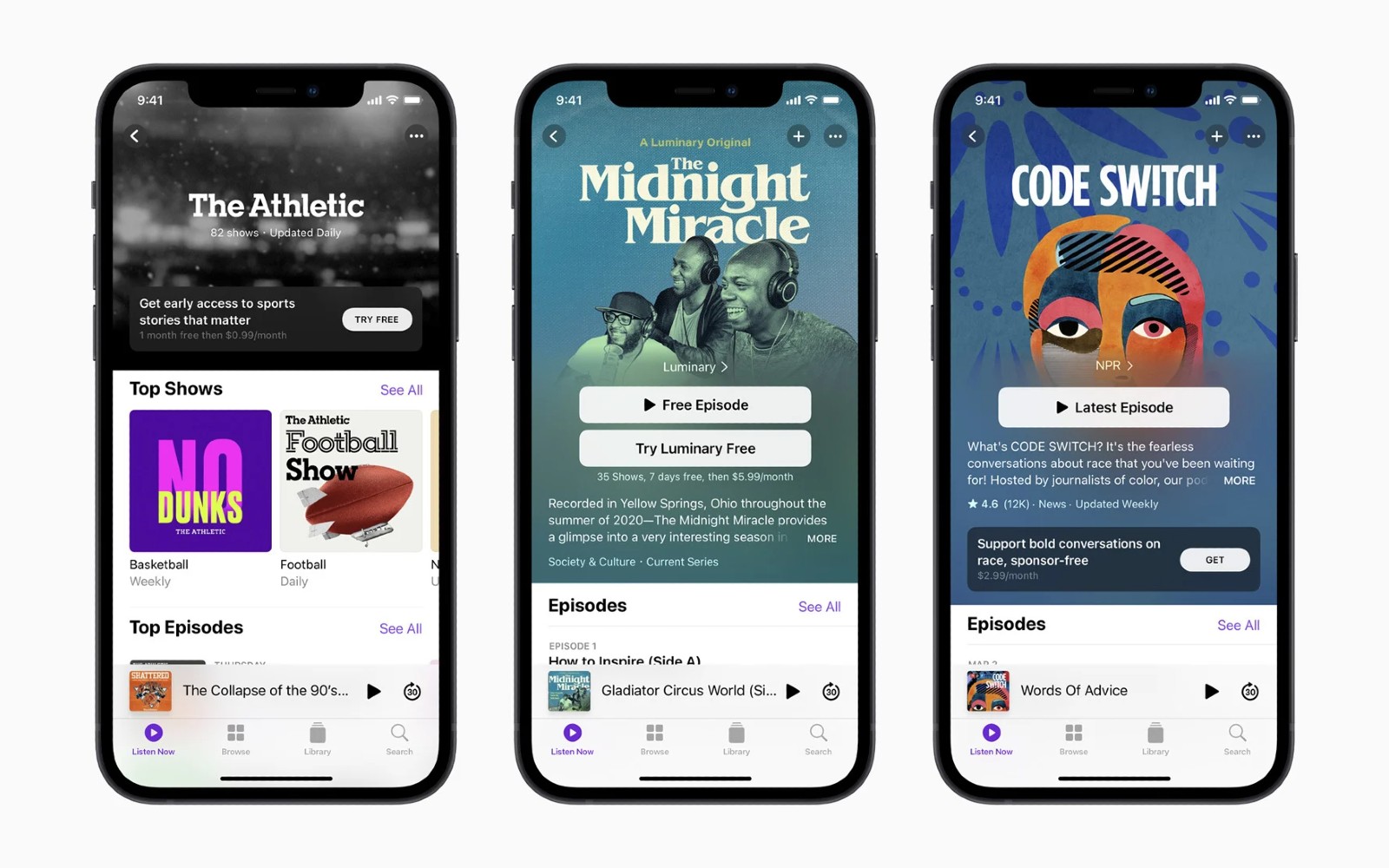 Following a delay last month, Apple will start accepting paid podcast subscriptions next week. In an email obtained by The Verge, the company reportedly tells producers and publishers it will launch the feature globally on June 15th.

Apple first announced it would allow podcasters to offer paid subscriptions for their content during its “Spring Forward” event in April. Its pitch to creators was that they could set their own prices in return for perks like ad-free listening and exclusive episodes. Of course, the company would still take its customary 30 percent cut in the first year of a subscription followed by a 15 percent commission in the years after.

With iOS 14.6, Apple laid down the foundation to enable paid podcast subscriptions, but then delayed the launch to June shortly after it expanded its affiliate program to include the medium. At the time, the company told producers and it was pushing back the release to “ensure we are delivering the best experience for creators and listeners.” We’ve reached out to Apple for confirmation on the June 15th date, and we’ll update this article when we hear back from the company.

All products recommended by Engadget are selected by our editorial team, independent of our parent company. Some of our stories include affiliate links. If you buy something through one of these links, we may earn an affiliate commission.

Lenovo Good Clock 2 works with Google and organizes your day...